The Last Days of Thunder Child

War of the Worlds - spin off adaptation novel. 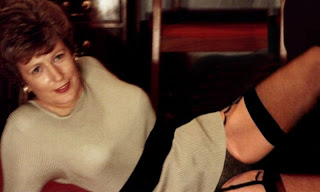 "Wo! No stop there, I didn't mean that sought of bang." yelled Moyra Melon's over excited husband.
She was confused when he told her he wanted to celebrate her new ear rings and new year with a bang.
"What now?" she had replied.
"Yes now, my little petal. Now is New Year," he answered dreaming of partying, drinking, having fun and meeting friends - the sought of thing one does for the New year bash.
"You want to have a New Year ear rings bang now?" asked Moyra with her saucy grin.
"Of course," he replied again. "Now is New Year - let the festive New Year 'going with a bang,' begin, especially with those wonderful new ear rings."
And so; This picture is how Moyra Melons readied herself and how her poor hot flushed husband came to be yelling, "Wo! No stop there, I didn't mean that sought of bang."
They got to the New Years bash a little later then expected because Moyra Melons insisted that her idea of starting the New Year with a bang was correct, and her husband, being an understanding sort of chap, felt he should comply with his wife's wishes. He did not want to argue with Moyra Melons and I don't think I blame him, do you?
at December 30, 2010 No comments: Links to this post 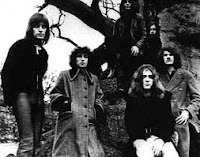 
Black Widow were a rock band that formed in Leicester, England in September 1969. The band were mostly known for its early use of satanic and occult imagery in their music and stage act. The band were often confused with the better-known heavy rock band Black Sabbath, but the bands were only superficially similar.

The band released one album for Pye Records as Pesky Gee!, 1969's Exclamation Mark, before Garrett left the band. The remaining band members continued on as Black Widow and released their debut album Sacrifice in 1970. Perhaps better known than their music was the band's use of occult references in their music and their live performances, which were made more controversial with the mock sacrifice of a nude woman. These acts at time were very shocking but now a common use in the underground music scene, black metal. The band attracted further controversy by consulting infamous witch Alex Sanders for advice.

Black Widow's most popular song Come to the Sabbat has been covered by many bands and artists including Timberjack (Top 10 hit in New Zealand in 1971), Jon the Postman, Bewitched, Death SS and Propagandhi.

Curtis Mayfield "Get Down" with Soul Train Line Dance 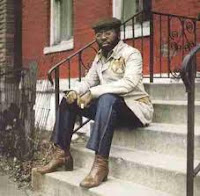 This is a great sounding song from 1971 filled with nostalgia and wonderful black American retro fun of that decade. The people in this clip are young and full of joy. Many must be in their sixties and seventies now, but I bet they still love these great sounds.

Claude Francois was a great French Singer/songwriter who was very popular in France and southern Europe during the 1960s and 1970s. He never gained the popularity he deserved in the English speaking countries, which was a great loss to those lands because this guy was extremely talented. Some of the songs we have heard sung by Brit or American artists and other English speaking nations were written by Claude Francois - although many of us are ignorant of this fact.

He was born in Egypt in 1939 to a French father and Italian mother. His father worked as an administrator on the Suez canal. The Francois family moved back to France during the Suez crisis and took up residence in Marseilles.

Claude Francois played drums in various bands at the hotels of the town to supplement the wages of his daytime employment. His father had become too ill to work. It also became apparent that he could sing and it was from this moment that his life began to change.

He quickly became popular in Europe and the first and only time I remember seeing him, on television, was when he came to England and did a French song on the Russel Harty show. He sang and danced with a group of glamorous and scantily clad ladies, before being interviewed by Russel Harty - this was in 1977. In 1978 he was electrocuted and killed in a freak accident when he was in the bath and tried to adjust a light bulb. He was just 39 years of age. 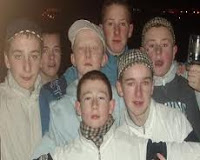 This one tickled me pink when I heard it - a song about chavs at their best/worst. You can stamp your feet and clap your hands between giggles on this one... :)

This is an old Brigette Bardot song being sung by a French artist called Claire. It has a great beat and of course the French can make anything sound great and sexy because of their cool language.

The spider walk from the newer clip of the Exorcist has a few other parts to it in this clip. I've put it on because it has a few added seconds. This movie frightened the life out of me when i first see it. The spider walk clip was not in it. Even today; the movie sends a shiver down my spine and this added clip makes it so much better. 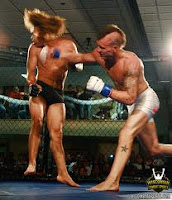 I could not help but put on this clip. It is, after all, a rum little dittie if ever there was. It looks like one of those doggy fights that occur in underground places. One of the opponents is full of confidence and the quieter one is having non of it... :)

Email ThisBlogThis!Share to TwitterShare to FacebookShare to Pinterest
Labels: don't get caught, getting it wrong, idiot, making a twit of yourself, plonker, sad git, silly sod, twat

Rude Jokes About Page 3 Girls: Jokes to Wet Your Whistle

Moyra Melons fancied herself as a air hostess and bought a clothes rig out to see what she would look like if she were to acquire such employment. So, with great aplomb, the lovely Moyra set to work on building an image for the air passengers. Try as she did; Moyra could not find a way to tone down the look of her ear rings - they just stood out screaming to the detriment of everything else.
She waited for her poor husband to come home from work and as he walked through the door; his Moyra was looking up at him - just the way she is in the picture.
"Do you think they stand out to much?" she asked meaning her ear rings.
Her husband, once again, came over in a hot flush and gurgled something sounding like; "I don't think so or care."
He slammed the door shut and was in there with Moyra for rather a long time, but when they came out; Moyra was no longer interested in becoming an air hostess and her husband was glad to know it. I think he might miss her on long haul flights - wouldn't you? 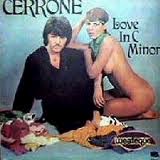 In 1977 when we all went out in a group, my friends and I used to really like this sound by CERRONE. It was called 'Love in C minor.' and we would play it and life seemed to be forever stretching before us. In the car as we drove about to clubs, pubs and other care free places with this sound getting us in the mood to go chasing the girls. We all fancied ourselves as BeeGees at the time and I can't help but chuckle at our ill deserved optimism. I thought those days would never end, but sadly they are long gone now and I am middle aged.
at December 19, 2010 No comments: Links to this post

This is a clip from a documentary surrounding the death of Brian Jones in 1969. He drowned in his swimming pool age 27. The is still unsolved issues surrounding the rock star's untimely death and there is a movie out supposing he may have been murdered by a builder and minder working at Brian Jones' estate in Sussex, England. 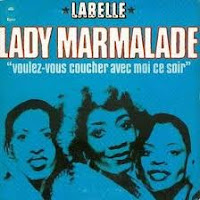 This was a very vibrant song from 1975 when the soul/disco scene was really beginning to take off. The thing about this type of music scene was that everyone seemed to be enjoying life. No matter who you are or where you come from; you cannot help but be seduced into enjoying this music because it is like a fanfare to being alive.
at December 19, 2010 No comments: Links to this post

War of the Worlds Spin-off

The Black and Tan Summer

Father John in Ireland of 1920

For Your Book Cover Design