The Last Days of Thunder Child

War of the Worlds - spin off adaptation novel.

The Beautiful Red Kite is Chased Off by Crows. 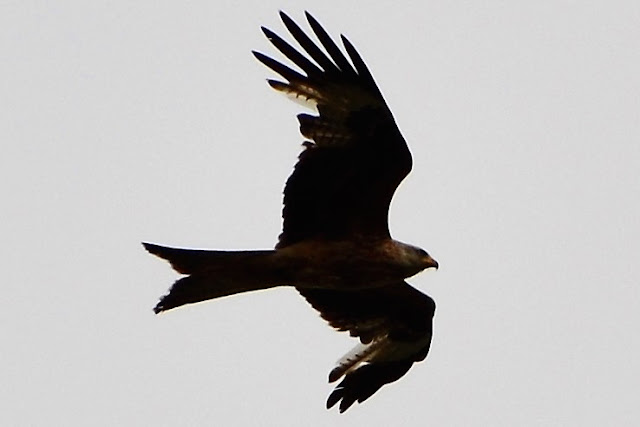 Late in the afternoon, I was chatting with Carole on the garden decking. We were interrupted by a commotion. The overexcited sound of crows. Almost in panic.

In the distance and coming towards us was a cluster of the carrion above a Red Kite that seemed to lazily twist and turn from the harassing carrion. Almost as though the raptor could not be bothered.

As it passed above the garden, I was able to grab the camera and take some multiple shots. As usual, after about twenty-five photo shots, I selected the ones I thought best. It was rather high and I used the computer to magnify.

It was taken on my Nikon D3100 at 300mm. I'm still toying with the notion of buying the Nikon P900. It has a range of 10,000mm. I can't help wondering how such a camera would have captured this fine bird in flight. 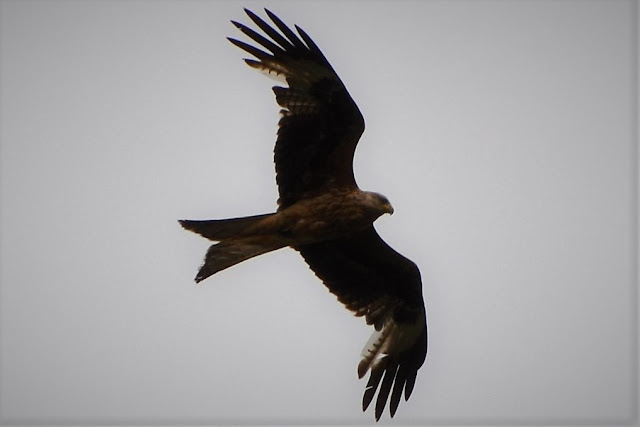 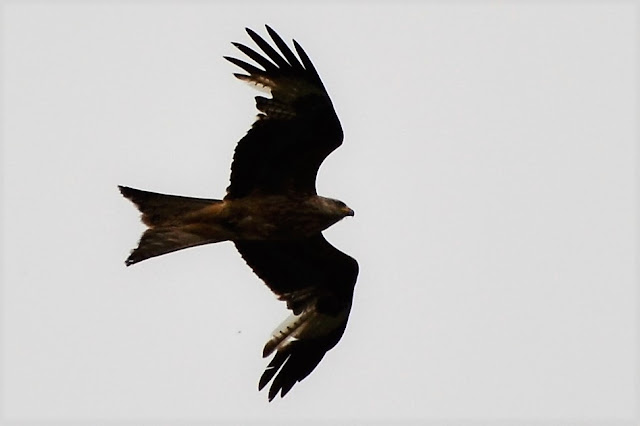 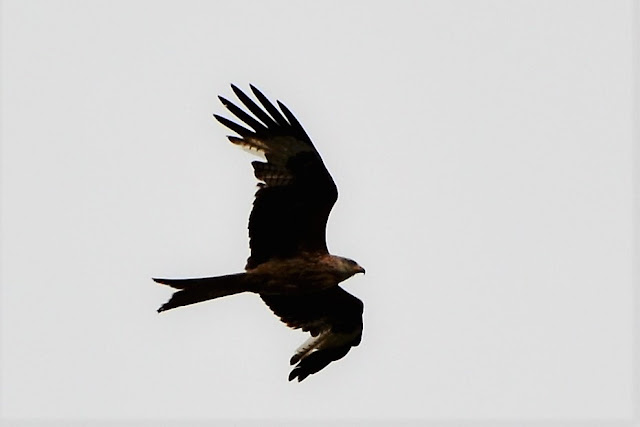 The Mauritius Command by Patrick O'Brian (My Goodreads Review)

Another fine Aubrey/Maturin story. Every bit as good as the others. This time Aubrey is a temporary Commodore and in charge of a small squadron of ships. He must confront a skilled French enemy operating out of Mauritius. The enemy is attacking and capturing British ships upon cargo routes from India to Britain. The islands of Mauritius are strategically placed to capture a wealth of British plunder. Bonaparte's Navy is making good use of the advantage. The Royal Navy is intent on eliminating this French ability. What follows is some strategic confrontations. Battles, where advantages are won, lost and then won again in an ever continuing cat and mouse adventure game upon the high seas. Splendid action scenes throughout and wonderfully atmospheric.

My Mad Garden Patch is Full of Colour. 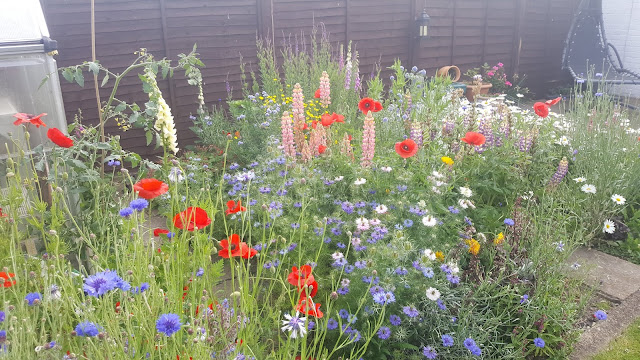 It is grand to sit on the decking with a cold beer and chat with my wife as the summer days linger. The decking overlooks this wonderful mad display of flowers. It will be like this until September. Various flowers will bloom and die as the cycle goes on.

With a few days off, I'm going to the market at Ely. Perhaps I will take a fancy to a new shrub on the garden stalls.

The Thief Taker by C.S. Quinn (My Goodreads Review)

The Thief Taker by C.S. Quinn

I enjoyed this book way more than I was expecting too. I'm always lured by historical thrillers. Especially if it is set in Britain's past. This story was most unusual. It is about a Thief-Taker who must take on a task way out of his normal perimeters of work. He must investigate a serial murderer stalking plague-ridden London of 1665 during the Restoration era of King Charles II.

The story is unashamedly farfetched, but that is what makes it. There are all sorts of boundaries that the writer presents. Like checkpoints in various districts of London. Outside of London, in the countryside, there are groups of vigilante patrols hell-bent on killing refugees fleeing the plague. This is to contain it.

The author makes a wonderful and diabolical way of showing the dying plague-ridden victims. They are contained in districts. They look like something from the walking dead. Like zombies, except in need of help and desperate to beseech anyone for spiritual or any other type of charity. Obviously, uninfected Londoners are desperate to be out of their way. It gets rather claustrophobic at times as one pictures these wretched and diseased people crawling and staggering towards you. This is a crime/historical/horror story. In parts, it is rather gory. We have a serial killer dressed as a plague doctor. A Thief Taker who is well out of his league trying to hunt the killer. He is also well out of his league with the gorgeous well to do lady who has hired him.

I can't help thinking this would make a grand modern Hammer House Horror production as a movie. I suppose it is classified as a historical crime story. However, I would class it as Horror too.

My only nitpick is one. The beginning was great. The first third of the story was engrossing. The middle third of the story petered down a bit. I thought it was going to lose its way. But then in the final third the whole tale bounced back with a second wind. A very good read and a rather unusual and compelling story.

A Place of Greater Safety by Hilary Mantel (My Goodreads Review)

A Place of Greater Safety by Hilary Mantel

I was engrossed from the start. I had some idea of the way the events went from history, but this was up close and personal. Camille Desmoulins, Georges-Jaques Danton and Maximilien Robespierre, are three main historical figures from the French Revolution. This story gives a reader the view of their households and friends over the years before and after the cataclysmic event that sent shock waves throughout Europe. The uprising left a profound change in the Western world. From the storming of the Bastille to the Reign of Terror.

The Republic will be born but maintaining the new French Republic is an endeavour that demands strict and diabolical things to be done. The guillotine begins to work overtime at an absurd rate as The Reign of Terror begins. The champions of maintaining the new and hard-won democracy will become consumed by the dreadful events. Despite good intentions to deliver the will of the downtrodden people of France.

I really enjoyed this book. It took a little while to get used to the style of presentation as we flit from various scenes concerning the main three characters. I quickly got used to this. There is a whole host of other historical figures too. It is hard to say more without accidentally putting spoilers in. So I must leave it there. Suffice to say, well worth five stars - splendid reading.

War of the Worlds Spin-off

The Black and Tan Summer

Father John in Ireland of 1920

For Your Book Cover Design